There are a lot of derived meanings in this story. Hope you are able to find all of them.

It was getting hotter in Mumbai, so I decided to have a beer to quench my thirst. It was a long never ending phone call from an old friend who had started his own business. He was trying hard to explain the nuisances of selling Sarees. And I probably was least interested in the knowing the details of how important it is to stitch more to the fall to prevent the wear and tear, how the palu of a Saree is the most decorated part and all other such not so interesting intricacies of the Saree World. I couldn't disconnect the call and actually made a genuine attempt to pay attention to his words but just couldn't. But something caught my eye even though for next half an hour, I overheard the technical developments in the history of Saree.

Back at the scene he was still trying hard to grab a bite. But he was not the only one as she was continuously hoping him to find something to eat. He would run to a side and her eyes would widen with the glimmer of hope but he would always dash them. The drama continued for sometime. In the meantime, my friend realized that I was not interested in hearing further about the sale of petticoats with Saree and disconnected the call. I went closer to get a clear view of everything.

By now he got really tired and was sitting close to her who even though looked very weak and hungry, was still giving him the sense of comfort. He was the weak stray dog who could have found food on any other streets but decided not to leave the 90 yr old woman who had no energy even to walk properly. My throat had dried by now. I decided to skip beer for that night and use the money for doing something better. I came back home and had a very long shower. I was sure even that beer wouldn't have helped me a bit as my mouth was wet but my throat was still dry. I kept looking into the darkness in the farms behind my house for a long time and kept thinking if she was really a 90 yr old garbage or is that all she deserved. But I was still happy for her and the dog as I knew they finally found enough food to sleep peacefully for the night.

May be that night she wasn't there to find some food from the garbage, she was there to show me the hidden side of my life. I have not seen the woman again. But I know whenever I see her, that night I will not be getting the beer to relax my throat. 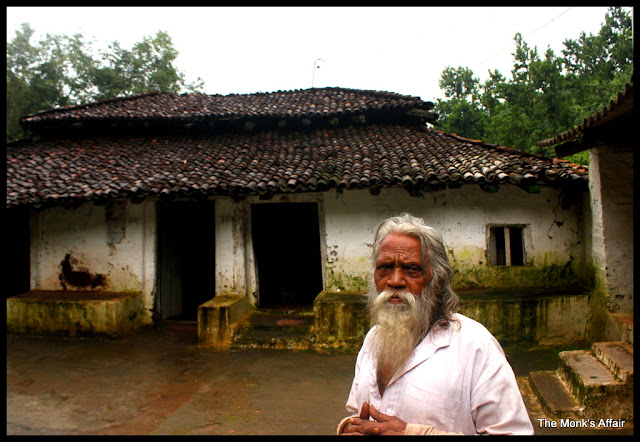