Cool to be an Asshole

on March 06, 2013
LOL I can already laugh at it, so first thing first, lets laugh at it.. Done ? Okkk. This came up from a discussion I was having with an old classmate with whom I only connected after college, not a new story in my life, most of my good friends from college met me after the college got over.

There was a time when people really did everything to have an image in public, an image that could either be negative or positive but not of the third kind which is actually the most popular one these days, the image of an ASSHOLE. Remember my old article on guys who superficially date, kiss and dump a gorgeous girl who probably never even had a thought of talking to this guy, well in this case the guy was a real ASSHOLE. I will take you through some of the observations that defies logic and defines the personality of these asses.

Imagine you are sitting in a nice cozy restaurant with someone really close to you. Probably having an amazing evening and you are really happy and suddenly, the girl/guy sitting on the next table happens to get a call and all you hear is their phone play Right Said Fred’s “I’m Too Sexy”. Really, I am too sexy is what you gotta shout in the middle of a restaurant. Another one would probably have his/her ringtone as Hello Honey Bunny. The worst part is that these people allow it to ring 15 times and wait to see everyone's reaction. This fact clearly suggest the amount of desperation and ADD (Attention deficit disorder) they suffer from and without a doubt I feel proud in branding these people as ASSHOLES :D

When you go for a movie or a play, you are clearly instructed to keep your phone on silent. However, there are few highly intellectually challenged people who just don't bother. Well listening to a phone playing chikni chameli song when the national anthem is played really gives me the power to brand them as ASSHOLES :D

You know something that should also be branded as a not so cool thing anymore is Quoting Austin Powers/Borat/Old School. We all enjoy quoting our favorite movies, but let’s put these three to bed. Not only did I have every last bit of dialogue to the Borat movie screamed in my face three months before it came out, but let’s face it, Austin Powers wasn’t funny 10 years ago. And I still have to hear people telling me that “circus folk smell vaguely of cabbage.” On top of it, everyone murders the accents. Whenever I hear some asshole trying doing his version of Borat, somehow he sounds like a tongueless prick with a sock in his mouth. This has to stop or I am going to skip the earmuffs and go directly to cutting my ears off. lol

Another example is of the people who uses blue tooth headset and really dont bother if they are on a date or meeting the doctor, the freaky tool is always plugged into their ear.They find it cool to use a bluetooth headset as almost all the other losers like me use their hands when we talk on a phone. But not these people, they can talk on their phone and at the same time show some loser a middle finger coz' the loser was driving within permissible speed limits. The other breed that takes a free walk on the road while they talk to someone through a handsfree, trust me, I swear, they freak me out. I have seen people making all kind of signs while they walk on the footpath. Go to a corporate park and find the corner where all the big shots or ladies gather to have a smoke. You will have the feeling of entering an asylum with people making all different kind of gestures and making faces. I strongly feel only the people in military should be allowed to use a bluetooth headset coz they really need it.

There are few more assholes who think its cool to comment on a FB status just to show that they are way beyond everything. They will talk any damn thing in the world except what is actually stated in the status. Most of the time they don't even read it completely and still have things to comment. Some of them will not read this article completely will make the same mistake today. lol

Being cool is normally subjective. But there are some things that unequivocally make you uncool. I am not saying I am cool, I am just saying if you own any of these items, you’re not. You are an ASSHOLE (Trust me you can hate me for this, but I wish I could tell this to some of the people on their face).

And after knowing that you belong to one of the group I mentioned above and would really like to abuse me or brand me as an ASSHOLE, trust me, I love to have a negative image. 800 + friends on FB is a huge number, I really won't mind if a few moves on with their life and leave me behind. So your call but whatever you do, remember BE COOL BUT DON"T BE AN ASSHOLE. 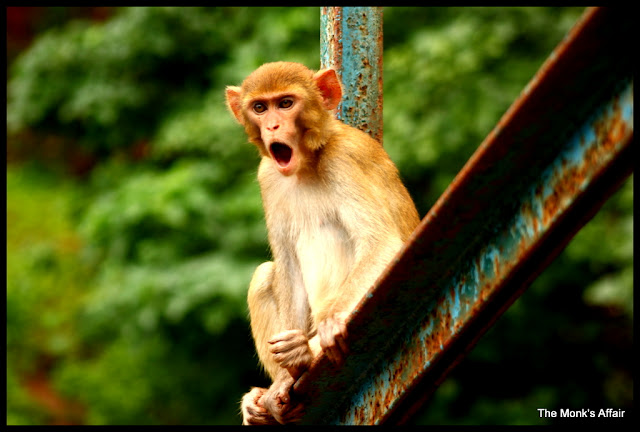