The colors are fading


One of the front runners in the struggle of freedom, Netaji Subash Chandra Bose believed in dictatorship. According to him, “No other constitution can flourish in India and it is to India’s good that dictator should rule her to begin with … she suffers from so many ills that only a ruthless dictator can cure her.” However, as the history related to this true son of India was vindicated to be non-patriotic, so were his thoughts. The result is a nation which flourishes on hypocritic pride, stupid traditions and vulgar mindsets. A nation where we will do anything to undermine the real problem within us but will make sure that we raise our finger on each and everyone who is either better, more intelligent or beneficial for the society. Just to state that western culture, eating chowmein, higher consensual age for sex  are the reasons for rape. What BULLSHIT !

We all remember the famous statement that we learned in our childhood. India is a perfect example of unity in diversity. Still when it comes to follow this simple statement, we fight.. we fight for language, creed, caste, color and even river water. If the crisis within the country was not enough to make us feel proud of ourselves, we have now decided to express our stupid morality by targeting women. Before we only targeted the ones who have had the sad fate of being born in this country, now we have shown the real meaning of a developing nation by physically abusing tourists from other countries too. The M.P rape case of a Swiss women, the case of British tourist who had to jump from the hotel balcony to escape sexual assault in Agra and the alleged teasing of a Norwegian woman in A.P. All these cases happened in a span of 5-6 days. Now being someone who always supported that people should travel more to explore themselves, this is a setback to my thoughts. Imagine the Swiss Women was with her husband who also got critically injured in the entire case.

If we have the guts to accept than somewhere deep inside you will agree that we Indians are born slaves.. we have been ruled by so many different dynasties and so many different people for centuries that we really don't have the values of our own, atleast they are missing in most of the people. We got the freedom to build a country on our own free will and that was our biggest mistake. When you free the caged birds, most of the time they don't live long as they are not in the habit of flying and their wings tend to become useless. Our generation is awakening to the thoughts of changing our nation but the question that looms large is how? End of the day we still have to continue surviving in our daily lives and in current situation that looks like the toughest thing to do.

I had a dream of travelling to every nook and corner of this country. I thought I will go on a 2-3 years of backpacking across India and try to get closer to what India is all about. I feel sad to say that I am losing interest, I am losing my will to do it as it looks as if the core of India is fading and the colors that were once shining on the forehead of our nation are slowly diffusing into a comical dream. And that leaves me absolutely NUMB. 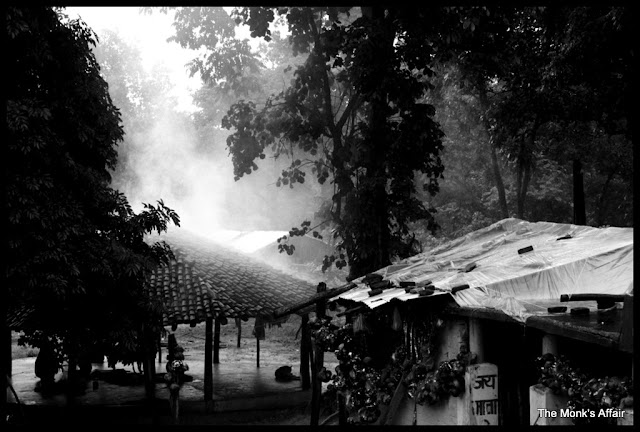