The day I couldn't walk hand in hand


This happened last week and it took me 7 days to decide if I should write on this or not. I was standing on the entrance of Kurla railway station waiting for my colleagues to join me for a weekend bash at a resort near Mumbai. They told me to wait for half an hour and with my current looks, there was no way somebody would have missed seeing me guard the entrance of the railway station.

The train to Panvel arrived and to my left were the staircases with people gushing on to them in millions, atleast it looked like that number. Being a claustrophobic, I was trying my best to avoid looking at the crowd but something caught my eye, I saw a young couple walking hand in hand wearing sunglasses. Like I normally do, I told myself, these kids really need to find a better meaning to life than wearing sunglasses and walking hand in hand. They were measuring each step properly and took sometime to finish the staircases. They were the only 2 people who were really not bothered about the crowd, afternoon heat, noise of the train and vendors running with their products. Also, they were the only 2 people who really didn't bother to give attention to a giant human king kong standing right in front of them. Even though, I was staring at them for quite sometime now.

The moment they got to the end of the stairs, they moved to the extreme left and just before sitting, they checked if they were in the way of anyone moving up or down on the stairs. However, I couldn't understand that even after seeing so many people rush towards them on the same side of the stairs where they were sitting, they didn't move a bit. Gradually the crowd rush reduced and the couple also got up and took a couple of steps and came pretty close to me. I was already intrigued with the entire scene that I had seen.

I was listening to the song maine dil de kaha dhoond lana khushi on repeat for last 1 hour. I removed my headphones and I stood there, still gazing at them, when suddenly the guy asked to probably anyone who could hear him, "Where is the ticket window". I was not aware of it as I wasn’t a regular local train traveller and moreover, they were 2, so I was pretty sure that they will figure it out. After he asked the same question 3-4 times and when no one responded, the couple took out 2 small sticks and with a brisk open up action they opened them. I was shocked. For a moment, I felt as if I was frozen, as if somebody just hit me hard on my chest with his fist. Those were not sunglasses; those were not sunglasses... is all I could tell myself. They were not walking hand in hand; they were just helping each other walk.

Till the time they got lost in the crowd, I stared at them with the same bedazzled thought that those were not sunglasses. I hung my head for a moment, cursed myself a bit as I realised it was me who needed to find better meaning in my own life than just judging people by what I see them doing. I also wondered if they were real people or I just saw my own reflection. I slowly took out my earphone from my pocket and pressed the play button and the same song continued with the perfect verse for that moment... Kabhi hai ishq ka ujaala Kabhi hai maut ka andhera, Bataao kaun bhes hoga Main jogi banu ya lutera, Kayi chehre hai is dil ke Na jaane kaunsa mera... 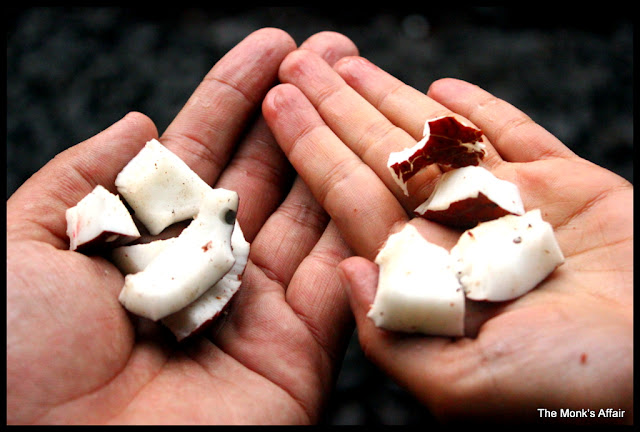