Yes I am, I am the himmatwala who has no idea about the 3 mistakes of my life but 1 surely was watching your cult classic. Would you imagine if I tell you that I was drunk when I saw your movie and still couldn't find the pun or the reason of making such an amazing...ly horrendous movie. After watching this outrageous effort of yours, I have heard that original Himmatwala's director was manhandled by a group of people. I might disappoint a very big lot here but I have to say that your movie is unbearable in first 30 mins .... we have more overacting in first hour than shahrukh's all combined. #Finally Some Sarcasm

Sir, I would also like to inform you that RGV's wife saw your movie and decided to step outside with him for the first time as she was happy that the kalank (blot) of making the worst movie in history is no more on the forehead of Mr. Verma. Proud Wife I must say, I dont want tell you what all Mr. Verma got from his wife after that day. Sir Alfred Joseph Hitchcock has finally accepted his death after 33 years of the plane crash as he just couldn't bear the literal rape that you did with the shower scene of Psycho. I mean you really think that was needed, Mahesh Manjrekar in a shower. You really know the taste of India Sajid Sir.

Tamannaah Bhatia, sir, why? why sir?.... I saw her and felt like singing naino mein sapna, sapno mein sajni, sajni pe dil aa gaya but then next to him was a disco dancer named Ajay Devgan. Sir you need to see closely, it seems he has iron rods in his body which is why he cannot bend. You wasted Tamannaah Bhatia Sir and for that reason I will never forgive you. Sob Sob Sob... :(

Sir, just a reminder that your effort to make Ramnagar ki life of pi was not very fruitful and the tiger fight scene is absurd and nonsensical. The entire story is that the movie starts with a street fight which is idiotically shot.Then suddenly jumps to a railway station called Ramnagar. Ajay Devgan gets down from the train with dress and shades of 2013 for a movie which supposedly is of 1980s. Meets mother - mothers tells some senseless story - they move in to their home and starts taking revenge on villain. I guess my narration of story is far better than how you have managed to display it.

There are three good things - call them eye soothing if you wish - Tamannah, who simply looked fabulous, and 5 beauties dancing on "Dhoka Dhoka Dhoka" item song. The song is ludicrous (like rest of the songs and the movie itself), but I guess having 5 item girls helped a bit to glorify the screen and Paresh Rawal is the SAVING GRACE of the movie. His performance will make you laugh. In the climax scene which is very intense, Son (Ajay Devgan) is getting beaten inside a temple compound by villains in front of his mother, sister and girlfriend. Mother, finally enters into temple and pleads to god "Bas Maa Bas, Aur Kab Tak". Sir, I was in tears and I collected all of them as a memorabilia.

But for the sake of Lord Bacchus (the god of wine), Sir, I will forgive you this time. 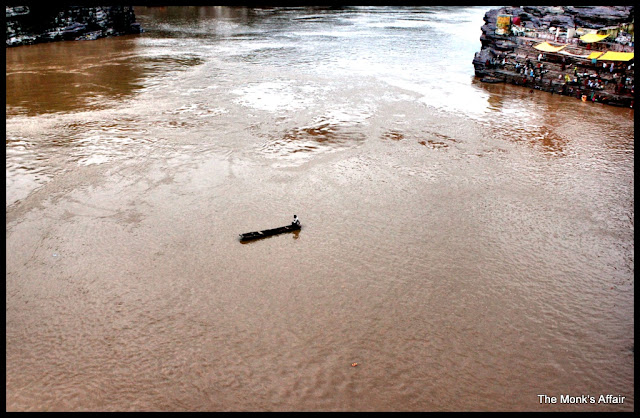