Shoes in the Blue Cage- A Dreadful Story

I entered the enclosure with my chin touching my chest and my head lowered to the extent that I could see my ankle. Brown, Green, Blue and Grey were the colors of shoes I could see. There were 8 different shoes which meant that 4 people were sharing my share of oxygen in that 6x6 iron cage. Cage which was moving slowly up towards the open sky. I didn't look at the faces as I generally don't like human faces but I could very well understand the quality of the owners of those shoes.

Co-passengers or just some men who were alive as I could hear their heavy breathing constantly looked at me. I knew they were very amused to see a fat ass, grey bearded, humpty dumpty hitchhiking that flight. But I was stuck on the blue shoes, shoes that looked dirty and were definitely rejected by the cobbler's expertise. The shoes wanted to share something, a thought that I could only hear in silence. So I waited. I waited for the amused homo sapiens to leave.

5th floor- the LED indicator whispered. The gates of cage opened and the gladiators ran to their own little cages. I was now alone and was weary of the thoughts those blue shoes had. They yelled a story in silence of disgust and displeasure. I could see them making faces as if they just didn't like their 9 to 6 regular job. They didn't like the night when they were regularly forced to breathe in dark. Dark cold nights when they couldn't walk though they were lucky enough to have the company of each other.

Suddenly, the moment stopped and I had reached. The LED blinked again. I got out of the lift and looked back inside towards the foot-marks. Those were the remains of the brown stains left over by a Pot-bellied man who sadly wore those blue sued shoes. While I write this dreadful story, the blue shoes just kept looking at me from under the table. Sad, they looked sad. 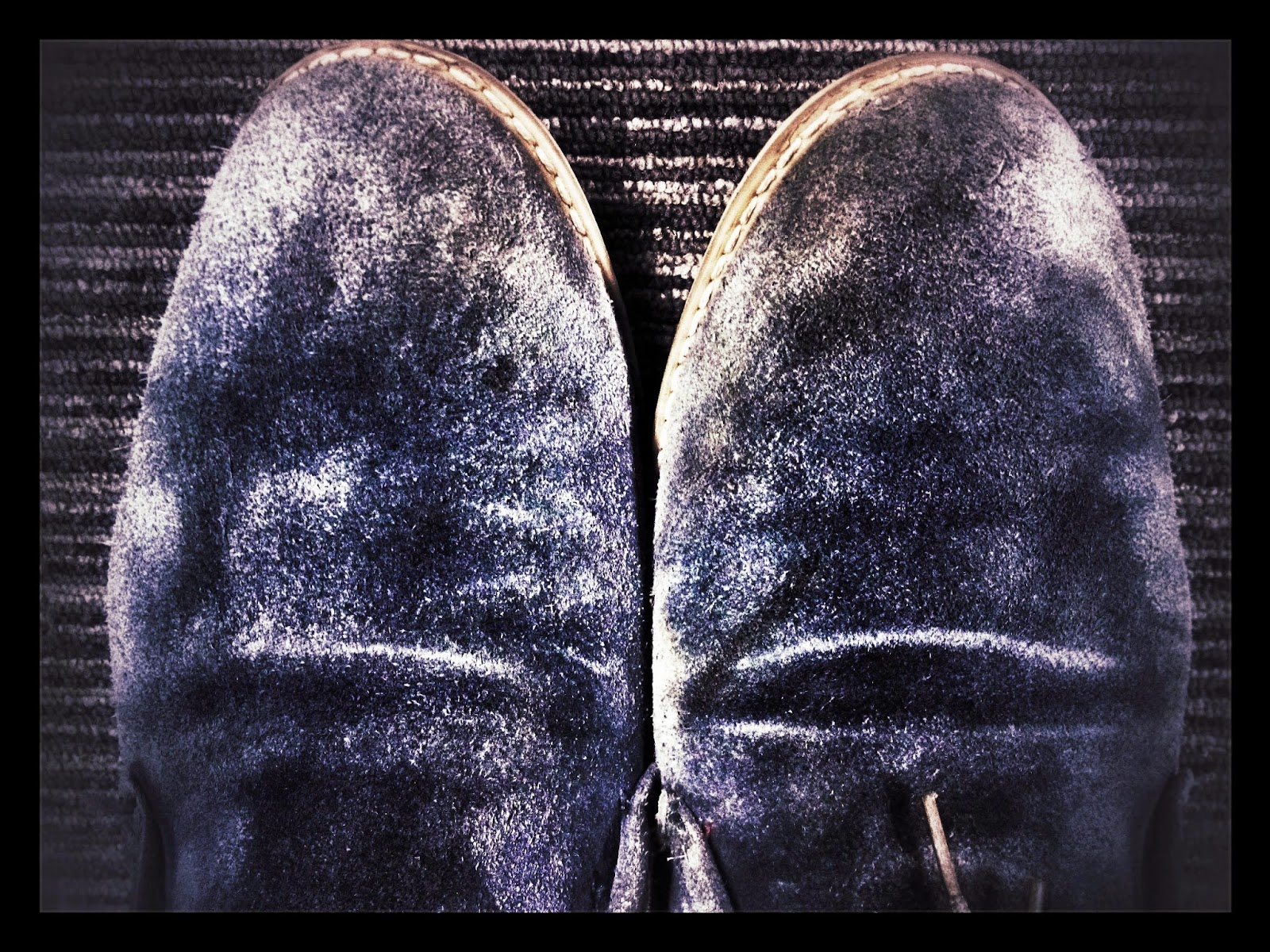